Delta-Waseca has been manufacturing truck bodies in southern Minnesota for 40 years. Durable dry freight, refrigerated and curtain side custom van bodies are their specialty. Bruce Bean, President of Delta-Waseca, prides himself on the durability, longevity, and reliability of the company’s truck and van bodies.

Delta-Waseca’s truck bodies, though manufactured through a production line, are custom made with fine detail. Each body is unique because they are made to order. “Delta-Waseca is a craft business that happens to come down an [assembly] line,” said Bean during an interview.

With business thriving in 2000, Bean decided it was time to enhance the company. He wanted to build an addition to the storage lot and purchase productivity enhancing equipment. After finding himself unable to secure the needed financing through traditional means, Bean contacted RNDC.

RNDC administers a number of Revolving Loan Funds (RLF) to assist existing businesses, as well as new entrepreneurs, in securing financing they are otherwise unable to secure through traditional channels. The source of RLF is a combination of funding from the Federal Economic Development Administration and matching funds supplied by counties in the region.  Bean brought his proposal to RNDC’s Revolving Loan Committee and was granted a loan.

In the years between 2008 and 2011, the recession that was going on throughout the country was felt at Delta-Waseca. Companies that typically replace their truck and van bodies annually began to hold off on their updates. Sales dropped by 70% during this time.  As a result, Bean was forced to lay off half of the staff, leaving the company with only 16 employees.

During this tough time, Bean’s cash flow situation was not improving despite the cost-saving measures he implemented.  He was determined not to lose any more staff, and had to find another solution. Bean contacted RLF Loan Officer, LuAnn Vanderwerf, and set up a meeting.  When the two of them had finished their meeting, Bean had a deferment on his loan payments, and Vanderwerf had a commitment from Bean to meet monthly to review sales orders, and cash flow forecasts. 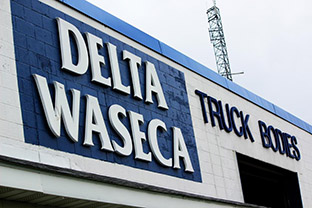 Bean faithfully provided very thorough monthly updates on his company regarding pending orders, sales, etc.; and this allowed Vanderwerf to maintain her comfort level with the deferments. This created a very strong bond of trust between the two. This trust and cooperative spirit was the key to their strong and successful relationship.

Both Vanderwerf and Bean feel that their partnership played a key role in Delta-Waseca surviving the recession.

Through the recession, Delta-Waseca’s truck and van bodies did not require replacement, which proved the longevity and durability of Delta-Waseca’s products. Companies noticed this and business began to improve. Bean was even able to hire additional employees to accommodate the increase in orders.

In October of 2012, Bean was able to pay off the balance of his RLF loan. He stated how grateful he was to RNDC and Vanderwerf for helping his business stay afloat during Delta-Waseca’s challenging time. 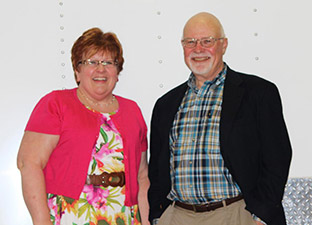 Learn More About The Revolving Loan Funds
Scroll to top